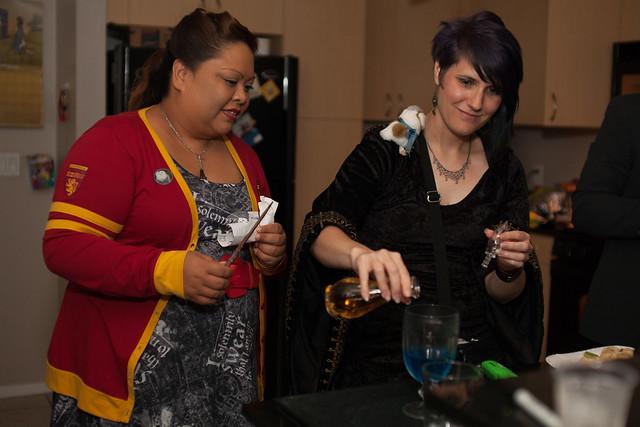 Letters floated in the air and butterbeer flowed aplenty last weekend, at All Hogwarts Eve, a Harry Potter party I threw with damphyr and Alicia. Guests arrived in costume, and claimed a House. A jar of homemade wands awaited, and many opted to take the wand that chose them. Then everyone got a patronous- marked by an animal sticker. A cauldron held challenges that could earn the wizard house points, and at the end of the night, Slytherin claimed the most points. The challenges were varied- some had you eat spikey fruit as an antidote to a potion, some made you try spotted dick, and some were as simple as selfies from your house. 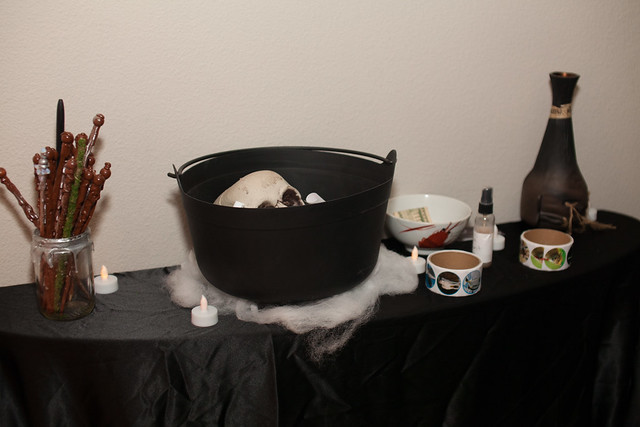 In Harry Potter, Hogarts does a big feast on Halloween, so we did the same. Some pesto cheese from Trader Joe’s became Dragon Head Cheese. Our main dish was roasted pig, sous vide for 12 hrs using this recipe. We had owl pies- adapting a cornish pasty recipe to work with adorable owl tins. Damphyr made pease porridge. We made a Crudité in a flowerpot using a celery root for a mandrake sitting in a bed of hummus and toasted bread crumbs. It looked a little too realistic, so not many people actually ate it. 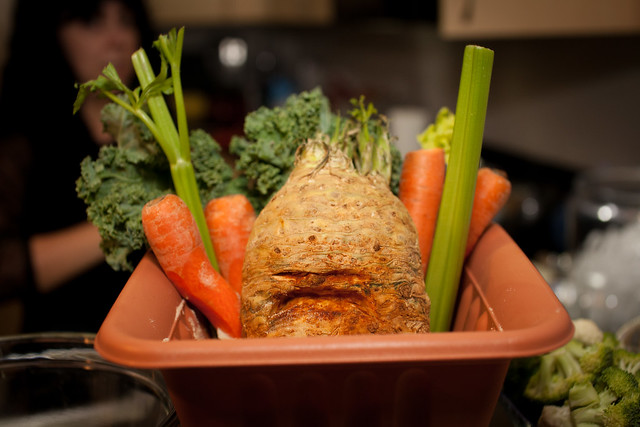 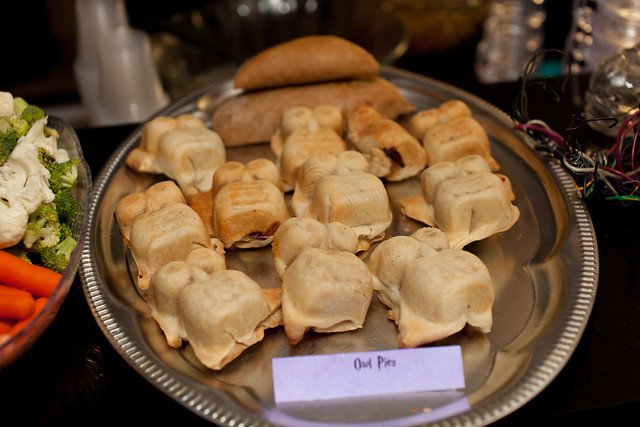 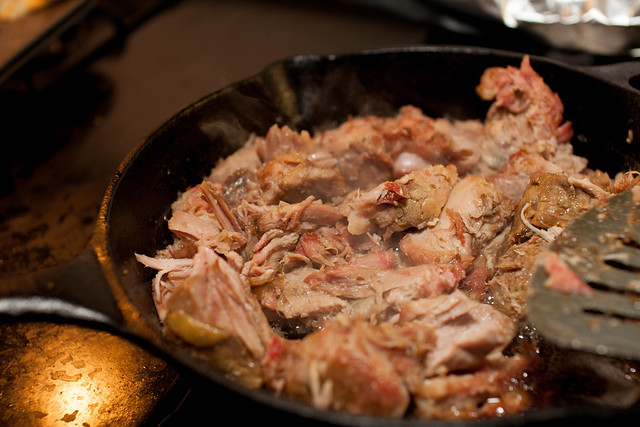 Our dessert spread was impressive: Harry’s favorite treacle tart, Pumpkin breads, ginger cookies, chocolate frogs, Dumbledore’s favorite lemon drops, Bertie Bott’s Every Flavor Boozy Beans, Walnut and Fruit tarts, Jelly Slugs, Sour Worms. For the treacle tart, I had to make golden syrup from scratch, then I followed this recipe. It was almost like making candy. Walnut tart was this one and was a bit difficult to make. The beans had martini and beer flavored beans mixed into the jar, and people had to guess how many beer beans were in there. 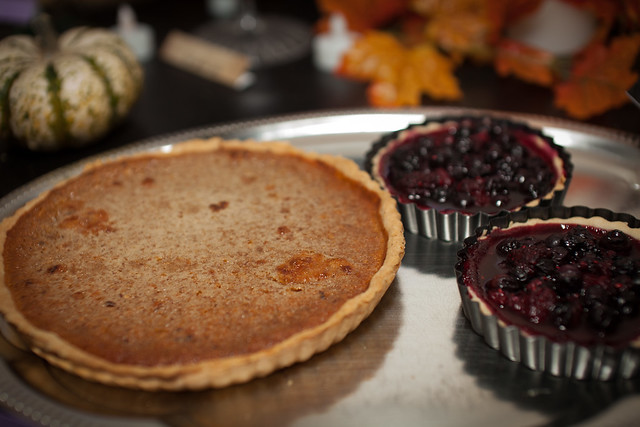 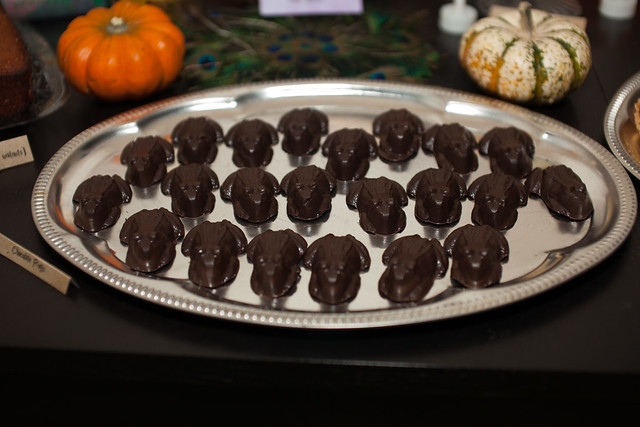 Alicia handpainted these absolutely wonderful house banners that we hung around our room, and made a Three Broomsticks sign. They’re made of cardboard. Oddly, our party was mostly Ravenclaw and Hufflepuff, which I totally wasn’t expecting 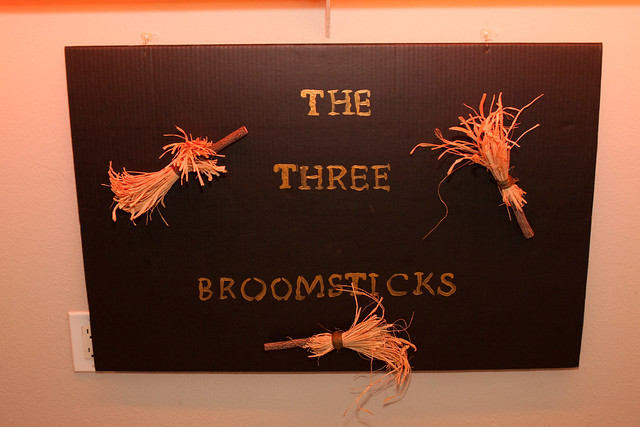 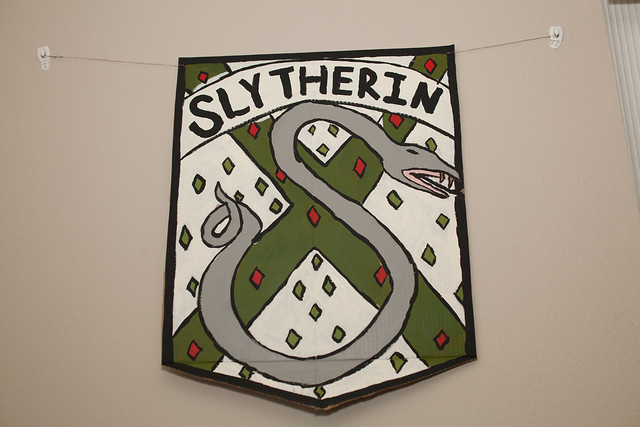 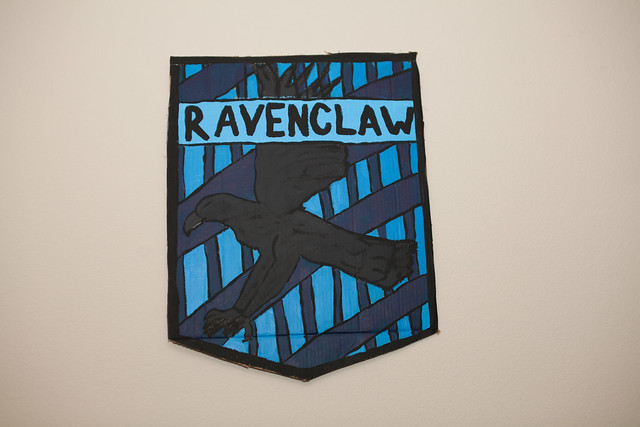 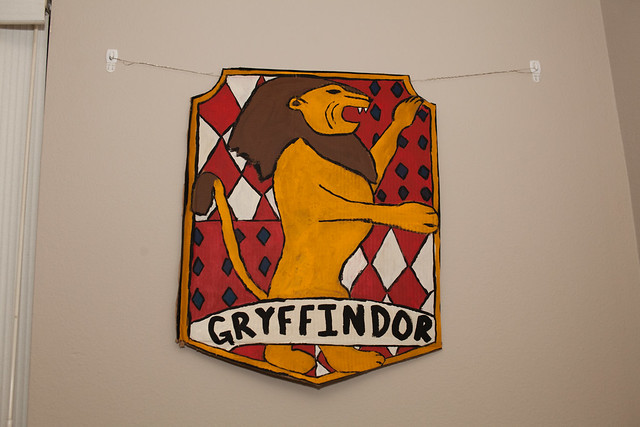 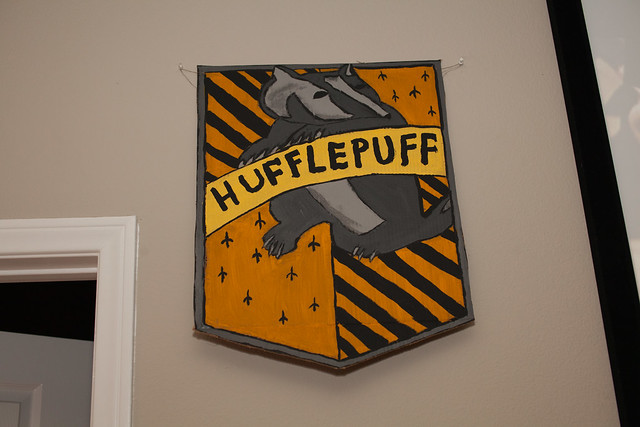 The star of the show were the drinks, though. damphyr’s new fandom drink blog, Drunkenfandom.com, created special recipes for the night. Her butterbeer was literally the best I’ve ever had- I’m pretty sure I drank 3 liters of it.  There was a Patronous Punch, which was a sour drink that glowed under blacklight and smoked. There was also the Goblet of Fire, a blue jello shot with a blue flame that you had to cast with a wand to ignite. 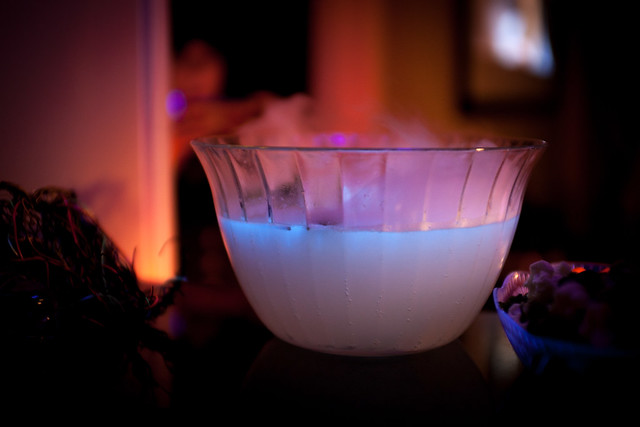 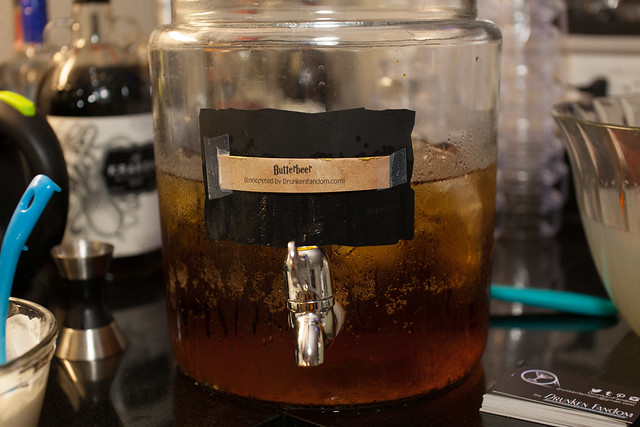 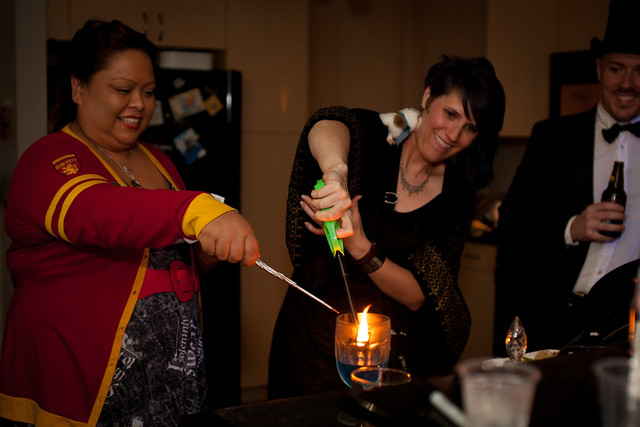 Because Harry Potter is British, we also did a tea bar with flowering teas, biscuits, and some very special Butterscotch Beer Tea from Riddle’s Tea Shoppe. It’s relaunching on Halloween: http://riddlesteashoppe.com/ (Side note: Aun-Juli makes the best tea I’ve ever had. I’m crazy addicted to the Tardis Tea flavor, and Butterbeer might be my second favorite flavor). Everyone got to take tea samples home to enjoy later! 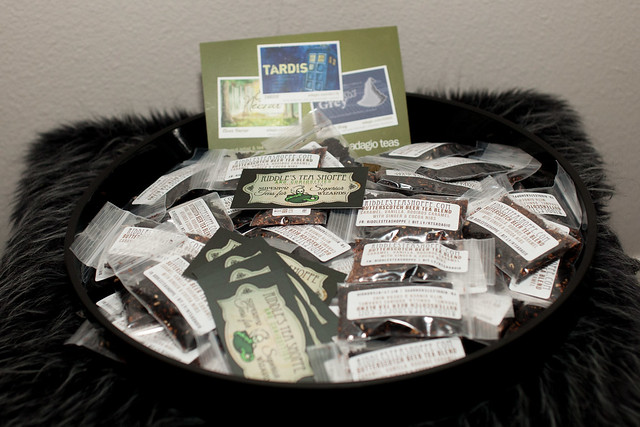 We also did a sock drive for Dobby the House Elf! At the end of the night, we collected a bag full of socks, which will go towards a larger effort that the Los Angeles Dumbledore’s Army will be putting together! Socks are the best item you can give to the homeless- nothing feels as nice as a clean pair of socks!

Thanks to everyone who came out to the party, brought fun things to share, and donated towards the event. All Hogwarts Eve was awesome cuz of your enthusiasm for the series and your competitiveness to do well for your House!